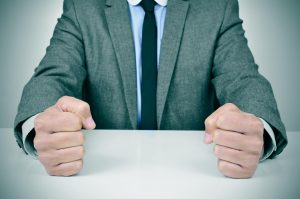 The National Association of Insurance and Financial Advisors-New York State Inc. is seeking to have Regulation 187 invalidated. The group has argued that the NY State Department of Financial Services does not have the authority to pass and promote Regulation 187. The group also claims that the law’s terms aren’t clear, and could lead to enforcement actions that will have a “chilling” effect on the services that agents and brokers can provide to their clients.

“Consumers will be left worse off because of Regulation 187, which will disrupt the quality of services provided to New Yorkers as agents and other market participants become reluctant to expose themselves to new regulatory risks,” the association argued.

In their petition, NAIFA-NYS claim that none of the statutes the DFS cited in drafting the legislation actually gave them the authority to do so. They also don’t mention any industry-wide fiduciary duties for the “producers.” Additionally, DFS also exceeded their authority by drafting and creating Regulation 187 without any input from the New York State legislature, who has been unsuccessful in proposing similar legislation.

The NY Department of Financial Services disagrees, emphasizing that a consumer’s choice should not be influenced by the agent or broker’s financial incentives to sell a particular product. DFS Director Maria Vullo claims that Regulation 187 will fill in the “regulatory gaps” after the Fifth Circuit struck down the US Department of Labor’s fiduciary rule, which would have done much the same thing, and set limits on compensation for the sale of these financial products. Wall Street successfully opposed legislation which would hold them to a fiduciary standard.

Silver Law Group represents investors in securities and investment fraud cases. Our fiduciary duty lawyers are admitted to practice in New York and Florida and represent investors nationwide to help recover investment losses due to stockbroker misconduct.  Most cases handled on a contingent fee basis. This means that you won’t any pay legal fees unless we are successful. Call us toll free at 800-975-4345, or use our online contact form to get in touch.