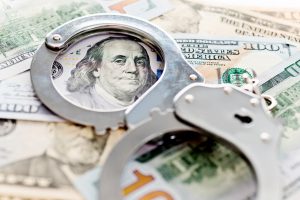 Fabio Bretas de Freitas of Miami, Florida, was arrested on fraud and identity theft charges for allegedly misappropriating more than $5.5 million. He also allegedly attempted to deceive federal regulators and he impersonated a victim-investor.

The 53-year-old was taken into custody on December 6 and was then scheduled to appear before a magistrate judge.

“The defendant obtained more than $5.5 million from people who invested their money in good faith. But as alleged, instead of investing those funds as he had promised, the defendant used it to cover his own personal expenses, even going so far as to impersonate one of his own victims to deceive investigators,” said William F. Sweeney Jr., the assistant director in charge of the New York Field Office of the FBI.  “Bretas’ arrest should serve as a stark reminder that those who seek to manipulate our financial systems for their personal gain will be identified and disrupted.”

Bretas allegedly made misrepresentations to investors about the kind of trading activity that took place and used a large portion of the money he brought in for his personal usage.

In 2017, the U.S. Commodity Futures Trading Commission and the National Futures Association started an audit of the Phynance Capital and Absolute Experience, and when Bretas found out, he allegedly tried to trick regulators by impersonating a victim-investor through the use of a fraudulent email account.