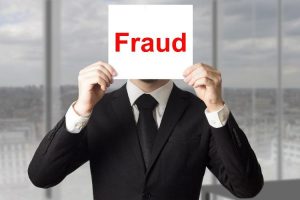 Worthington has been charged with fraudulently misappropriating the investment funds of a retiree and using the money for personal use. He was affiliated with Founders Financial Securities for about five years, and before that, he was with Commonwealth Financial Network.

According to the complaint, Worthington began taking the funds from his client, who was preparing for retirement, in 2006. He allegedly hid his actions by providing his client with fake documents that showed that the funds were still in the client’s account.

Commonwealth Financial ended their relationship with Worthington in 2013, due to concerns about his credit history. He didn’t notify the client that he had been fired until four years later. Then, Founders Financial terminated their relationship with Worthington in September 2018. The firm had concerns about the way he handled his clients’ funds before he was associated with them.

The complaint also stated that Worthington stalled his client when the client was close to retirement. Worthington told him that the funds were not available for withdrawal, and then stopped responding to the client altogether.

Worthington failed to appear in court before the Massachusetts Securities Division in December 2018. The state plans to permanently bar Worthington from registering as an investment adviser representative or broker-dealer agent in Massachusetts. Massachusetts is also seeking restitution, censure, a cease and desist order, and an administrative fine.

Silver Law Group is a nationally-recognized securities law firm headquartered in South Florida representing investors worldwide with their claims for losses due to securities and investment fraud. Our elder financial fraud attorneys routinely work with seniors and retirees to help recover investment losses. The firm has successfully recovered multi-million dollar awards for its clients through securities arbitration and the courts. To contact Scott L. Silver to discuss your legal matter, call toll-free (800) 975-4345 or e-mail him at SSilver@silverlaw.com.