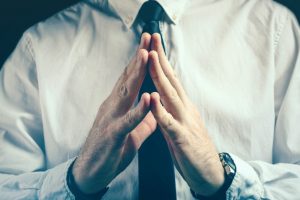 McBride has been the subject of five customer disputes in his career. The most recent was filed on 5/1/2018, by a client alleging “unsuitability, breach of fiduciary duty, negligence, failure to supervise, misrepresentation, omission, and breach of contract in the purchase of 2 non traded REITs and a limited partnership between February 2006 and August 2008.”  The client is requesting damages in the amount of $251,317.00. Presidential denies the claims, and McBride isn’t actually a named party in the complaint. The firm is defending itself against the claims.

A prior complaint was filed on 12/15/2015 by a disgruntled former employee and her husband. McBride, again, was not a named party in the complaint. The clients alleged “breach of fiduciary duty, breach of contract, negligence and unlawful termination and retaliation.” The wife was employed by Presidential as a Series 7 representative, studying for her Series 7 exam, and working as an assistant to McBride.

Presidential commented in its defense that the claimant had more than two years of experience in financial services, completed due diligence, and was very knowledgeable about their investments. Since she had not yet completed her Series 7 exam, she asked McBride to facilitate her trades. He was not compensated for his help with the transactions and did not request anything. The complainant was ultimately terminated for deterioration in her performance as well as other financial considerations. The firm understood that the dispute was filed in retaliation to smear the company and McBride’s name, and to acquire monies to which they would not be entitled. The claimants requested damages in the amount of $300,000. In order to settle the claim and avoid more costly arbitration and possibly litigation, Presidential and McBride agreed to settle the case for $14,900.00.

Previously, a customer filed a complaint on 07/17/2014, alleging “suitability, misrepresentation, omission of material facts, fraud, negligence, and breach of contract and fiduciary duty related to the purchase of a TIC real estate investment between June 2008 and June 2014.”  Once again, McBride isn’t a named party to the complaint, not responsible, nor a party to the award. Presidential and McBridge alleged they advised the customer against pursuing this investment, but the client persisted in order to avoid paying capital gains taxes. The firm contends that the charges are without merit, and no misrepresentations were made, particularly in light of the customer’s experience and financial position.   The complainant requested damages of $472,000.00, and the firm settled for $653,795.79.

The next previous disclosure was filed by another client on 11/26/2013, with similar allegations of “unsuitable recommendation, misrepresentation, omission of material facts, failure to supervise, negligence, breach of contract and breach of fiduciary duty between July 2008 and October 2013.”  While the client directed his allegations towards Presidential as a firm, Mr. McBride was the representative of record, so the complaint becomes part of his record as a broker. Without admitting or denying the claims, Presidential and Mr. McBride agreed to settle the case to avoid potentially costly litigation. The client requested damages of $46,000, and received a settlement of $12,000.