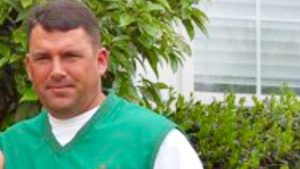 The claims request compensation to recover investment losses suffered by our clients and allege that Voya Financial failed to supervise Flynn while he was a registered representative of Voya.

If you or someone you know has investment losses with James Flynn, Flynn Wealth Management, IFS Securities, and/or Voya Financial Advisors, you may have a claim to recover your losses. Contact us at (800) 975-4345 for a free consultation. We take cases on a contingency fee basis, which means there is no cost to hire us and you owe us nothing if we don’t recover money for you.

James Flynn Barred By FINRA As A Stockbroker

Before being permanently barred by FINRA, James Flynn was a broker who caused serious damage to many clients. As of this writing, Flynn’s publicly-available FINRA BrokerCheck report lists an astounding 54 disclosures.

The disclosures include 46 customer disputes, 2 employment separations, 3 judgment/liens, 1 bankruptcy, and 1 regulatory filing barring Flynn from associating with any FINRA member in all capacities.

The Greenville News has reported on Mr. Flynn and recently ran a follow up story about our efforts to help investors.

James Flynn owned and operated Flynn Wealth Management, which operated under FINRA-registered firm Voya Financial Advisors starting in 2013. As the firm that approved the investments Flynn Wealth Management sold to its clients, Voya is responsible for Flynn’s conduct. Voya fired Flynn in 2017 after he allegedly provided misleading information to the firm during an investigation into a customer complaint about variable annuities.

Flynn next worked for IFS Securities, before being fired after another client complaint involving variable annuities.

Why So Many Investor Complaints?

Flynn seemed to have a preference for selling his clients variable annuities and real estate investment trusts (REITS), which are products that paid him a high commission but were frequently unsuitable for their investment needs. Some clients were overconcentrated in high-risk REITS, which have since stopped paying dividends and decreased in value, causing significant losses.

“Every client of Flynn’s got the same mixed bag of about 30% in variable annuities and then the rest a substantial percentage in REITs. A client came to see Flynn and was told REITs were the way to go.”

Many of the claims against Flynn relate to investments in companies such as Phillip Edison REIT, Business Development Corp of America (BDCA), Hospitality Investors Trust, and others. 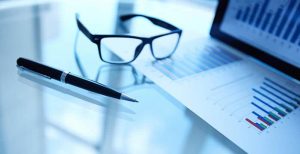 Brokers have a duty to recommend suitable investments to their clients and not overconcentrate their portfolios. A brokerage firm may be held liable for overconcentrating a client’s account or investments in a singular product. High commissions and other incentives can lead a stockbroker to overconcentrate a client in these investments or inflate a customer’s net worth.

Silver Law Group has multiple arbitration claims against Voya Financial Advisors, seeking to recover as much as $2 million in damages. Broker-dealers like Voya are responsible for supervising their registered representatives like Flynn.

Scott Silver is further quoted in the InvestmentNews article:

“The claims are against Voya because that’s where positions [in variable annuities and REITs] were put on, and most of our clients were told the need to hold the position. Voya was allowing him to sell these products in such concentrated positions. It’s surprising they were even on the firm’s platform.” 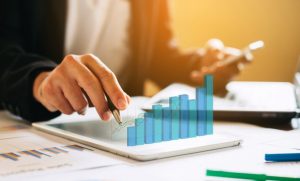 A REIT (Real Estate Investment Trust) is a company that owns real estate-related assets such as office parks, hotels, or homes. REITS are required to pay at least 90% of their taxable income to shareholders, so investors find them an appealing investment because of the income stream they provide. There are publicly-traded REITs and non-traded REITS. Some features of non-traded REITS are:

FINRA advises people considering investing in a non-traded REIT to ask questions about its benefits, risks, and fees. Due to their lack of liquidity, when the non-traded REIT ceases to pay dividends, it can leave it with little value. Each broker and brokerage firm is required to ensure that the non-traded REIT is suitable prior to selling the investment to their customer.

Variable deferred annuities are hybrid investments that contain elements of a security and insurance. According to FINRA, “Due to the complexity and confusion surrounding them, which can lead to questionable sales practices, variable annuities are a leading source of investor complaints to FINRA.”

Fortunately, the sale of variable annuities is regulated by FINRA and the SEC, and disputes regarding these sales can be resolved through arbitration, which allows an investor the chance to recover losses from the broker-dealer that sold it to them.

Silver Law Group represents the interests of investors who have been the victims of investment fraud. Scott Silver is the chairman of the Securities and Financial Fraud Group of the American Association of Justice and represents investors nationwide in securities investment fraud cases. If you believe that you’ve been the victim of broker fraud, please contact Scott Silver of the Silver Law Group for a free consultation at ssilver@silverlaw.com or toll free at (800) 975-4345.