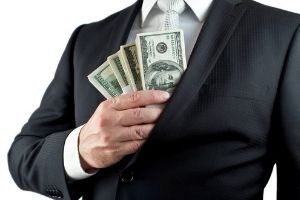 George Schmidt, Jr. is a barred broker who was last registered with Lincoln Financial Advisors Corporation in Melville, NY. In February, 2020 Schmidt was terminated after an allegation of misappropriation. After that, he was barred from associating with any FINRA member.

Silver Law Group represents investors in cases of stockbroker misconduct, including misappropriation. If you have investment losses, contact Scott Silver for a consultation at ssilver@silverlaw.com or (800) 975-4345.

November, 2019: A disclosure states that Schmidt was discharged from Lincoln Financial Advisors “after allegation of misappropriation related to undisclosed outside business activity serving as Trustee for a non-family member.”

October, 2019: A customer dispute states “Claimant alleges LFA and RR breached their fiduciary duties in regard to an account and the RR made unauthorized withdrawals from two annuities.” $1,191,674 in damages was requested. The dispute is pending as of this writing.

June, 2010: A customer dispute alleged that “the variable annuity that she purchased in February of 2008 (by transfer from an annuity within an IRA from another carrier) was unsuitable given her age, financial condition, investment experience and overall risk tolerance. Client further alleges that the annuity lost 57% of its value from February 2008 through March 2010, notwithstanding that the registered representative has assured  her that he would be able to recoup the losses. Client has requested damages in the amount of $147,511.00, plus costs, fees and expenses and has requested that the annuity contract be terminated without penalty or other charges.” The dispute was settled for $166,400.83.

January, 2007: A customer dispute alleged that a client “purchased a 1994 variable life insurance policy based on the representation that he would pay scheduled annual premiums on this policy for six years, at which time no further money would be due. Client advised he has now been advised that the policy lapsed and he would have to pay an additional $80,000 to keep the policy in force. Client is requesting the firm to either put the policy back into effect or that all money applied to this policy be returned. Damages are unspecified.” The claim was denied.

June, 2004: A customer dispute states that “Mr. Schmidt held himself out as a registered representative properly licensed with PMG Securities and who handled the claimant’s investments. The claimants allege, among other things, that PMG, through its unlicensed agent Mr. Schmidt, represented to claimants that they would have a fixed  annuity for a period of one year and then would have an opportunity to determine how to invest the funds with the variable annuity component thereafter. Respondent PMG ignored claimant’s wishes and embarked on a plan to transfer funds to the variable annuity component almost immediately. The funds were allocated to sub accounts consisting of high-risk aggressive growth mutual funds totally unsuitable for the claimants and more importantly, were unauthorized. Claimants further allege that PMG through Schmidt prepared false and fraudulent documentation and engaged inforgeries of the claimants…” The dispute was settled for $45,000.

Customers sometimes give their brokers the authority to take money from their accounts so they can pay their bills for them and may not immediately realize when the broker has directed funds to his own account. Brokers also have access to personal information about their clients, such as bank account numbers and social security numbers, so they may be able to use that information to withdraw money without the customer noticing.

Scott Silver is a Long Island native growing up in Bellmore, New York. A graduate of SUNY Albany and licensed to practice law in New York since 1997. Scott worked at a Wall Street defense firm for many years representing many small and regional brokerage firms. In 2002, Scott switched sides and began representing investors in claims against brokerage firms and stockbrokers. A passionate investor advocate, Scott has represented Long Islanders in all sorts of stock and investment fraud cases including Ponzi schemes, elder financial fraud and broker theft cases.

Silver Law Group represents investors in cases of investment fraud, including stockbroker misconduct and misappropriation. Scott Silver, Silver Law Group’s managing partner, is the chairman of the Securities and Financial Fraud Group of the American Association of Justice. The firm represents investors nationwide in securities investment fraud cases. Contact us today for a consultation at ssilver@silverlaw.com or at (800) 975-4345.