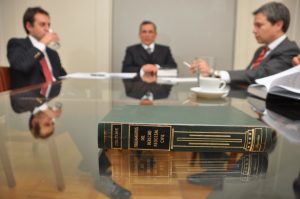 FINRA suspended Brown on 1/31/2019 after he failed to comply with an arbitration award and settlement agreement stemming from a customer dispute. This dispute, filed on 4/27/2017, alleges that Brown offered investments unsuitable for a senior investor, as well as misrepresentation. The client requested damages of $386,167.56, and was awarded $375,000. Along with Legend Securities and one other broker, Brown was ordered to pay the client the award, plus $700,000 in punitive damages and an additional $25,000 in compensatory damages, all with legal interest. Brown stated that he would be declaring bankruptcy, and the other brokers involved in the case already have.

A previous customer dispute filed on 5/22/2006 alleged that Brown conducted unauthorized trades. The firm settled and closed the dispute for $3,819.00 without input from Brown.

On 10/25/2004, a customer filed a dispute due to being “unhappy” with his account’s performance, and requested $66,000 in damages. The firm settled for that amount without input from Brown.

On 9/16/2002, another customer filed a dispute alleging “unauthorized margin trading and unsuitable investments,” requesting damages of $450,000. Brown’s rebuttal explains that the client himself traded on margin and began selling during a market downturn. He denies the allegations. The claim was settled for $150,000.

Did You Invest With Dan Brown Or First Standard Financial Company LLC?

Silver Law Group represents investors in securities and investment fraud cases. Our lawyers are admitted to practice in New York and Florida and represent investors nationwide to help recover investment losses due to stockbroker misconduct. If you have any questions about how your account has been handled, call to speak with an experienced securities attorney. Most cases are handled on a contingent fee basis, meaning that you won’t owe a fee until we recover your money for you. Contact us today and let us know how we can help.