Jeffrey Fanning (CRD #1566859) is a former broker and investment advisor whose last employer was Liberty Partners Financial Services, LLC (CRD #130390) of West Palm Beach, FL. Previous employers include Banc One Securities Corporation (CRD #16999) of Chicago and Andrew Garrett Inc. (CRD #29931) of New York City.  No current employment information is available. He has been in the industry since 1986.

FINRA has suspended Fanning for six months as a broker, and one year as a principal following the allegations and findings that he failed to supervise and adequately address possible excessive trading. He has also been fined $20,000 in the case. 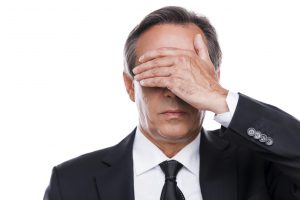 Even when Liberty’s internal processes should have triggered a review, Fanning did not adequately address the trading issues. Fanning was, for a time, a 50% owner in Liberty, as well as Liberty’s CEO, CFO and FINOP. Fanning failed to establish and maintain written supervisory procedures (WSP) for the company to ensure that any excessive trading was reviewed, what the red flags were, and when to notify the customer of the potential for excess trading in their account.

Additionally, Fanning was found to have misrepresented the job function of two employees who were working at Liberty under an H1-B visa. He incorrectly stated that the two employees were both employed in “specialty occupations” at Liberty, while, in fact, they were acting as conventional registered representatives, the same as Fanning’s other employees.

Fanning sold his 50% interest in April 2016, and Liberty terminated his registrations on February 7, 2016.

Fanning was also suspended in 2012 for 30 days in a separate case involving similar allegations of failure to supervise and detect excessive trading. He was also fined $20,000 in the case. Fanning and the firm had also paid restitution of $205,112.73 to the clients involved.

A customer dispute filed on 06/21/2010 involved similar allegations of failing to supervise and detect an employee’s actions. The client requested damages of $173,263.00, and the firm settled for $75,000. No additional information is available.

Have You Invested Money With Jeffrey Fanning?