James Edward Lyons (CRD #1020397) is a former broker and investment advisor who was last registered with Raymond James & Associates, Inc. (CRD #705) of Shreveport, LA. He was previously employed by Morgan Keegan & Company, Inc. (CRD #4161), also of Shreveport, and Capitol Securities Group, Inc. (CRD #8094). No current employment information is available. He has been in the industry since 1981. 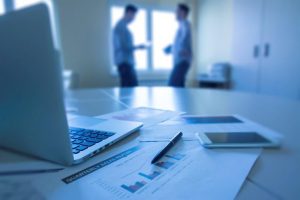 Lyons is the subject of a current customer dispute with multiple claimants alleging a number of complaints, including unauthorized trading, fraudulent concealment, overconcentration, unsuitability and others. The actions in question occurred between 2001 and 2017. The damages requested total $5,000,000. The case is currently pending.

Raymond James, Lyon’s firm, discharged him on 4/28/2017, citing the customer allegation of unauthorized trading as the cause for termination.

An earlier dispute was filed against Lyons on 10/05/2011, also alleging unauthorized trading, misrepresentation and unsuitability in the period 2006-2007. That case was settled for $152,000.

FINRA sent a letter to Lyons on 5/11/2018, requesting his appearance for on-the-record testimony regarding his discharge and the allegations that led to it. He responded to FINRA by email, declining to appear and indicating that he would not do so at any time. Lyons signed an Acceptance, Waiver & Consent (AWC) letter on 05/23/2018 along with his own legal counsel. He neither admitted nor denied any findings, and was indefinitely barred from association with any FINRA member in any capacity, effective 06/04/2018.