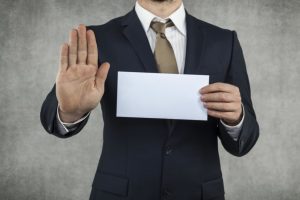 Former UBS broker John Maccoll (CRD #839441) has been indefinitely barred from affiliation with any FINRA member in any capacity as of 07/02/2018.

Maccoll also failed to respond to a request for information for a FINRA regulatory inquiry. He did not request termination of his suspension within the three-month period, making the bar indefinite.

Maccoll is the subject of 13 disclosures. Out of those, eight of them were filed in 2018—one from FINRA, and one regarding the discharge from UBS. The remaining six are customer disputes filed in 2018.

Maccoll has five previous client disclosures, the latest one from 2013. A client alleged “unsuitable advice” regarding asset allocation of his retirement assets, and the use of a 72(T) plan.