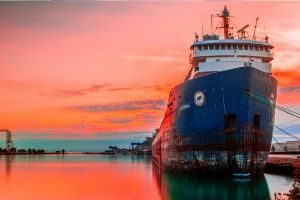 Dynagas LNG Partners LP (DLNG), a liquefied natural gas carrier, is the subject of a class action lawsuit filed on behalf of shareholders who lost money investing in the company.

Investors who purchased shares of Dynagas between February 16, 2018 and March 21, 2019 (the class period) may be eligible to participate in the lawsuit, which concerns violations of federal securities laws.

The deadline to apply to the court to be appointed as lead plaintiff, also called class representative, is July 15, 2019.

The lawsuit alleges that Dynagas violated federal securities law when it failed to disclose that its revenue from two of its long-term contracts had been diminished, and lied about its ability to keep making distributions to shareholders based on its current cash flow.

On November 15, 2018, Dynagas revealed lower earnings. On a conference call the next day, the company’s CFO wouldn’t answer a question about the future of quarterly distributions. On that news, the company’s shares closed down 13.79% on November 16, 2018.

On March 22, 2019, Dynagas’s CFO disclosed that he had known since April 2018 that the quarterly distribution could only be maintained if the company issued new equity and market conditions improved. That day, the company’s stock closed down 8.6%.

If you suffered losses with Dynagas, you may be able to recover some of your losses by participating in the lawsuit.