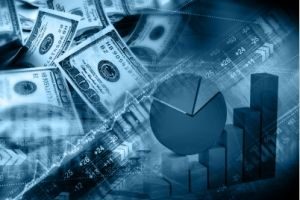 David Weisberg is a currently suspended broker who was last registered with Worden Capital Management LLC in New York, New York. Weisberg was suspended by FINRA for findings that he “engaged in excessive and unsuitable trading in the account of an elderly customer.”

April, 2020: A regulatory disclosure states “Without admitting or denying the findings, Weisberg consented to the sanctions and to the entry of findings that he engaged in excessive and unsuitable trading in the account of an elderly customer. The findings stated that Weisberg began soliciting stock trades, based on tips from a certain stock-picking website and other sources. Some of Weisberg’s recommendations involved in-and-out trading and many of them used margin. The customer relied on Weisberg’s advice, accepting all of his recommendations. In virtually every case, the customer purchased or sold exactly the quantity of shares that Weisberg suggested. The customer did not make any unsolicited purchases. The costs of Weisberg’s trading in the customer’s account were significant and Weisberg did not track the trading costs or take them into consideration when making recommendations. The trading generated commissions of approximately $75,638 for Weisberg while the customer lost approximately $55,627. The findings also stated that Weisberg used discretion to initiate stock trades in customers’ accounts without written authorization and his member firm never accepted their accounts for discretionary trading.” Weisberg was suspended for 11 months, ordered to pay a $7,500 fine, and $75,638 disgorgement.

October, 2018: A customer dispute alleged unauthorized trading and churning. $17,000 in damages were requested and the claim was closed with no action.

November, 2013: A customer dispute alleges unsuitable transaction, poor advice, ad poor service. $9,952 in damages are requested and the dispute is pending as of this writing.

March, 2013: A customer dispute alleged unauthorized trades and unethical advice. $40,000 in damages were requested and the claim settled for $15,000.

David Weisberg is accused of excessive trading or “churning”, which is when a stockbroker buys and sells only for the purpose of generating commissions for themselves. Churning is a violation of FINRA rules and securities laws. Churning is a leading cause of action in FINRA arbitration claims.

Churning occurs when brokers “enrich themselves at the expense of their clients.” Simply stated,  churning is when a stockbroker trades a customer’s account for the purpose of generating commissions, not because the trades are suitable for the client. Churning violates Federal law and regulation, runs afoul of industry regulations and standards, and may violate other laws regarding a broker’s fiduciary duty, failure to supervise and fraud. Churning an account also violates FINRA’s suitability rule that brokers only recommend (or make) trades suitable for their clients.

Silver Law Group represents investors nationwide in stockbroker misconduct cases, including churning. Scott Silver, Silver Law Group’s managing partner, is chairman of the Securities and Financial Fraud Group of the American Association of Justice. We take most cases on a contingent fee basis, meaning nothing is owed unless we recover your money for you. Contact us today for a no-cost consultation at (800) 975-4345 or at ssilver@silverlaw.com.