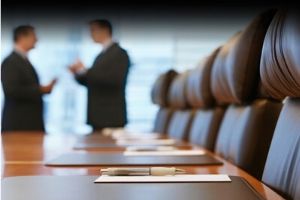 Silver Law Group recently filed a FINRA arbitration claim on behalf of a customer of David Krumrey of Oppenheimer & Co.  Among other things, the suit alleges breach of fiduciary duty, negligence, breach of contract, and failure to supervise resulting in substantial investment losses in the customer’s account.

Silver Law Group has been investigating Oppenheimer & Co., Inc. and its registered representative David Krumrey. According to Krumrey’s CRD Report, published by the Financial Industry Regulatory Authority (“FINRA”), Krumrey was permanently barred from the securities industry and is the subject of several customer disputes arising out of his conduct over the past several years. It is likely that Krumrey was engaged in widespread misconduct across many customer accounts. Silver Law Group believes Krumrey’s employing broker-dealer firm, Oppenheimer & Co. Inc., may be liable for this misconduct.

Krumrey was employed by Oppenheimer & Co., Inc. from March 2009 through September 2017. Previous employment included Stanford Group Company from January to March 2009 and Merrill Lynch, Pierce, Fenner & Smith Inc. from March 2000 to January 2009.  Krumrey was terminated from Oppenheimer & Co., Inc. in 2017 for attempting to settle a complaint away from the firm.

Krumrey is barred from association with any FINRA member in any capacity as a result of his failure to request termination of his suspension within three months of the date he received notice of his own suspension. According to FINRA rules and procedures, this results in automatic bar from the industry.

Krumrey is the subject of five customer complaints on his FINRA BrokerCheck Report, all of which have been initiated in the past three years and relate to misconduct that has occurred over the past several years:

Among other things, the types of investments that formed the basis of the customer complaints against Krumrey include, but are not limited to, exchange traded notes (ETNs), volatility trading (such as the VIX, VXX, XIV, and others), and oil and gas investments.

Contact Silver Law Group If You Invested With David Krumrey

If you invested with David Krumrey and believe you lost money due to his misconduct, you may be able to file a claim to recover your losses through FINRA arbitration. Silver Law Group is already investigating Krumrey’s misconduct and recently filed a FINRA arbitration claim on behalf of one of his customers. For a free evaluation of your potential case by an experienced securities attorney, please contact Silver Law Group, a law firm specializing in securities arbitration.

If you or someone you know lost money investing with David Krumrey at Oppenheimer & Co., Inc., please contact the Silver Law Group toll free at (800)-975-4799 or email ssilver@silverlaw.com for a confidential consultation.