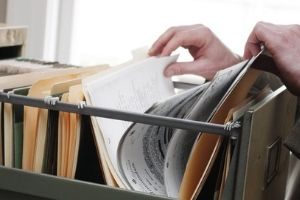 Garapedian’s FINRA BrokerCheck report lists 14 disclosures starting in 1992, all customer disputes. He was the subject of three FINRA customer disputes in 2018, all with similar allegations of “unsuitability”. The first, in March 2018 was denied. The second was also filed in March 2018 and involves the period 2013 to 2015, and is listed as “pending.” The third claim, filed on 4/01/18, alleged excessive fees and overconcentration and was settled for $110,000. Garapedian’s statement denies the allegations, and maintains that everything was discussed with the customer prior to any transactions, and the investments recommended were suitable for the client.

One claim was also filed in 2017, alleging the same “unsuitablility,” and was closed with no action.

Two claims were filed against Garapedian in 2008 regarding the sale of Auction Rate Securities (ARSs). In February of 2008, the market suffered widespread failures and illiquidity. The firm repurchased these ARS from clients. These disputes were settled for $125,000 and $1,500,000. Garapedian was not asked to contribute, nor did he have any other input in the firm’s decisions.

Did You Invest Money With Barry Garapedian In Westlake Village, California?

Silver Law Group represents investors in securities and investment fraud cases. Our lawyers represent investors nationwide to help recover investment losses due to stockbroker misconduct. Our securities arbitration attorneys have represented investors in Westlake Village, California and throughout the United States in securities and investment fraud cases. If you have any questions about how your account has been handled, call to speak with an experienced securities attorney. Most cases are handled on a contingent fee basis, meaning that you won’t owe us until we recover your money for you. Contact us today and let us know how we can help.