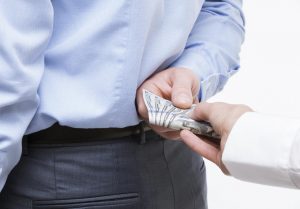 In June, 2019, Nicolas Barrios was indefinitely barred in all capacities from associating with a FINRA member firm for failing to provide documents and information as requested by FINRA in connection to their “investigation into allegations that Barrios mismanaged and committed fraud with respect to a customer’s account.”

Barrios consented to the sanction and the entry of findings without admitting or denying the charges.

In April, 2019, a customer alleged that Barrios invested her in stocks that were too risky for someone her age, that he took her money and traded it outside of UBS, and that she did not authorize stock trades. That dispute is pending.

Also in April, 2019, there is an employment separation after allegations disclosure on Barrios’ CRD that involves him being discharged from UBS Financial Services. It states “Producing Branch Manager (“PBOM”) was discharged after stating during Firm review: (1) he arranged for client to invest away from firm in private company; (2) he personally invested in that company without firm approval; and (3) he used personal email to communicate with client’s family in an attempt to evade Firm detection. Firm subsequently learned that at least seven of PBOM’s clients moved money from UBS accounts to outside bank accounts from which they wrote checks to an entity with which PBOM is affiliated.”

The first customer dispute on Barrios’ record comes in 1997, while he was a registered representative at Merrill Lynch. The customer alleged that Barrios traded stocks without his authorization or disclosure. Barrios claimed that he discussed all trades with the customer. Merrill Lynch found the claim to be without merit and said that the customer was mailed account statements and trade confirmation notices. The dispute was denied.

In 1998, a customer alleged that Barrios failed to follow instructions to sell stock and requested damages of $10,000. Merrill Lynch believed the claims were related to investment performance and without merit, and said Barrios entered all orders in accordance with the customer’s orders. The dispute was also denied.

In 2003, while Barrios was at Wachovia Securities, a customer requested $22,700 in damages, alleging that he should have been placed in a safer investment. That claim was denied and the broker comment on the dispute states that the client was “presented with various investment plans, including more conservative plans, but client selected more aggressive plan…No wrongdoing found.”

The actions described in the disclosure that led to Barrios being discharged from UBS sound like selling away, which is when brokers conduct private securities transactions that have not been approved by the firm they are registered with. Brokers engage in selling away to make money, and the outside investment may be described as low risk, high return, and with limited duration in order to pressure the investor to take action.

Brokers may solicit outside investments, but the firms they work for are responsible for their activity. Brokerage firms are supposed to monitor their representative’s activity and be aware of their outside activity. If they fail to oversee their registered representatives, they could face FINRA sanctions or client settlements pursuant to the “failure to supervise” rule.

Did You Invest With Nicolas Barrios Or UBS?

If you have investment losses with Nicolas Barrios or UBS, please contact Scott Silver of the Silver Law Group for a free consultation at ssilver@silverlaw.com or toll free at (800) 975-4345 to discuss options to recover your losses through FINRA arbitration.

Silver Law Group represents investors in securities and investment fraud cases, including selling away. Our attorneys represent investors nationwide to help recover investment losses due to stockbroker misconduct. Most cases are handled on a contingent fee basis, meaning that you won’t owe us unless we recover money for you. Contact us today and let us know how we can help.