Following the SEC charging five individuals with fraud related to a Ponzi scheme, Bank of America (“BOA”) has now been sued over its involvement with the First Nationle scheme. The class-action suit on behalf of multiple investors who lost money alleges that BOA provided more than 100 accounts for the individuals to perpetuate their scheme.  Others charged in the scheme include Perry Santillo, Chris Parris, Paul LaRocco, Percipience and United RL. 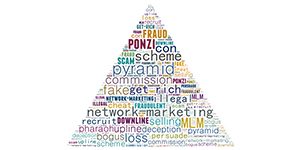 According to the complaint, the brother and sister that sued to recover losses from their late father’s investment allege that the fraudsters “could not have perpetuated their scheme without the knowing assistance of their primary banking institution, Bank of America, which lent the scheme an air of legitimacy and provided critical support, including at times when the scheme would have otherwise collapsed.”

After promising to invest the monies into profitable and dividend paying companies, they used the funds for lavish personal expenses and to pay “dividends” to other investors. The bank is accused of failing to catch their suspicious activity, which included transfers of large amounts of cash into accounts with small, negative or even non-existent balances, and then transferring the cash out in the same week. The money was transferred to their personal accounts, or to that of some of the investors. This fraud occurred over a period of time beginning in or about 2011. By not alerting authorities or putting a stop to the fraudulent activity, BOA assisted in the perpetuation of the scheme.

This isn’t the first time BOA has been snagged into a Ponzi scheme. Back in 2009, they also found themselves involved in a Ponzi lawsuit alleging damages of over $400 million. In the Agape case, BOA actually provided on-site banking to the perpetrator, Nicholas Cosmo, and allegedly had first-hand knowledge of what he was doing. The bank ignored compliance protocols and didn’t intervene while monies were commingled, wired to other brokerages and transferred to Cosmo’s personal account for his own expenses. Cosmo previously served time in prison for fraud, and founded Agape after he completed his sentence.

Silver Law Group represents investors in securities and investment fraud cases. Our Ponzi scheme attorneys are admitted to practice in New York and Florida and represent investors nationwide to help recover investment losses due to stockbroker misconduct and third parties who materially assisted the Ponzi scheme.  Most cases handled on a contingent fee basis. This means that you won’t any pay legal fees unless we are successful. Call us toll free at 800-975-4345, or use our online contact form to get in touch.