According to the FINRA BrokerCheck, there have been complaints against Anthony Sica. 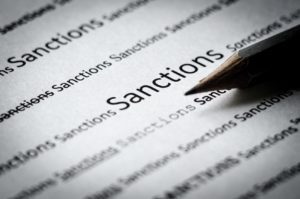 In 2017, while employed by Joseph Gunnar, allegations shown without admitting or denying the findings, Sica consented to the sanctions and to the entry of findings that he made unsuitable recommendations to an elderly customer living on a fixed income.  The findings stated that Sica repeatedly recommended that the customer purchase high-risk, speculative securities that were inconsistent with her investment profile.  Sica’s recommendations often resulted in an undue concentration of the customer’s account, which represented substantially all of her liquid assets, in speculative securities. Further, Sica often engaged in short-term in-and-out trading of the speculative investments in the customer’s accounts causing substantial losses. Sica’s recommendations resulted in losses of more than $150,000. The findings also stated Sica engaged in unauthorized trading by placing trades in the IZRA accounts of a customer who Sica knew was deceased causing aggregated losses on the trades totaling approximately $3,039.

In 2013, while employed by Joseph Gunnar & Co LLC a letter was received alleging unsuitability, frequent trading, unauthorized trading and KYC Customer Rules during the period from 2009 through 2013. Complaint settled for $302,500.00.

In 2001 Customer alleged unsuitability of purchase of Sunbeam stock and cert REIT stocks. Complaint settled for $18,000.00

Contact Our Firm if You’ve Invested with Anthony Sica

If you invested with Anthony Sica and believe you have lost money due to his misconduct, you may be able to file a claim to recover your losses through FINRA arbitration. For a free evaluation of your potential case by as securities attorney, please contact Silver Law Group, a Florida securities arbitration law firm.