South Florida businessman Barry Honig of Boca Raton is one of several people named by the SEC in a microcap stock fraud indictment involving manipulation of stock values of three companies. Using a “classic pump-and-dump” technique, the SEC alleges, Honig and others increased the companies’ stock values and dumped them. Investors were left with deflated stock after the scheme was discovered. 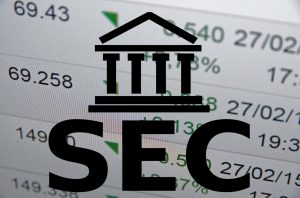 The SEC is seeking civil relief penalties and disgorgement of the ill-gotten gains against the defendants and the companies.

The SEC’s complaint alleges that from 2013 through 2018, Honig, along with Miami biotech billionaire Phillip Frost (who participated in two of the three schemes), acquired large numbers of these stocks at steep discounts, acquiring substantial ownership in the companies as well. Once the stock was secured, Honig and his associates would engage in illegal stock promotion activity and “manipulative trading” to inflate the stock prices and give the appearance of regular, active trading.

Honig and his associates then allegedly dumped their stocks into the market, selling them at the inflated prices, making millions at the expense of other investors. This scheme generated over $27 million in revenue for Honig, Frost and their associates.

In addition to Honig and Frost, the SEC also charged:

Also named in the complaint were these companies:

These companies and individuals were charged with violating antifraud, beneficial ownership disclosure, and registration provisions of the federal securities laws. The SEC is seeking monetary and equitable relief.

Also named were the companies that were allegedly involved in trading:

Maza was CEO of BioZone, and Keller was the chief scientific officer. Ladd was CEO of MGT Capital Investments. Frost participated in the stock schemes for BioZone and MabVax.  The SEC did not charge these three companies.

Barry Honig is also substantially invested in a company called Riot Blockchain. After the SEC press release, the company’s stock declined by over 24%. This company was also subpoenaed by the SEC in an investigation earlier this year.

Did You Invest In Microcap Stocks with Barry Honig?

If you’ve done business with any of these individuals named in the suit, you may be able to recover some of your investment funds. Call attorney Scott Silver to find out what your options are. Silver Law Group represents investors in securities and investment fraud cases. Our lawyers are admitted to practice in New York and Florida, and represent investors nationwide to help recover investment losses due to stockbroker misconduct and other investment-related wrongdoing.  Most cases handled on a contingent fee basis. This means that you won’t any pay legal fees unless we are successful. Call us toll free at 800-975-4345, or use our online contact form to get in touch.